Welcome to our story

Founded in 1988, Stottler Henke Associates, Inc. creates and applies artificial intelligence (AI) and other advanced software technologies to solve problems that defy solution using traditional approaches. At Stottler Henke, we take AI to be the mimicking of human thought processes to solve useful problems. We have spent decades studying human reasoning, intelligence, tactical decision-making, and deliberative planning and scheduling and how these thought processes can be encoded within software. Our software development process starts with looking at how human experts solve the problem when given plenty of time and resources. Then, we develop algorithms and software which automate these cognitive processes in real-time.

Some of our customers 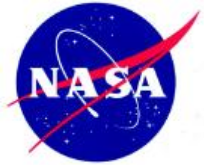 “We really appreciated the quality of technical support Stottler Henke has provided for us. They quickly grasped our planning requirements and constraints. This resulted in an excelling scheduling tool that has enhanced our capabilities”

Four Stottler Henke systems have been included in Spinoff, NASA’s showcase of successful spinoff technologies. Stottler Henke was the subject of a NASA Hallmarks of Success video profile for its work developing and later commercializing advanced scheduling and training software systems.

Stottler Henke received a “Brandon Hall Excellence in Learning” award for innovative technology. Stottler Henke was named one of the “Top 100” companies making a significant impact on the military training industry by Military Training International magazine for 2016 and eleven previous years, Stottler Henke has received a Blue Ribbon from Military Training Technology magazine, recognizing it as a company that leads the industry in innovation. In 2018, MS&T magazine, the leading simulation and training publication for defense, named Stottler Henke as a finalist for its small business of the year award. 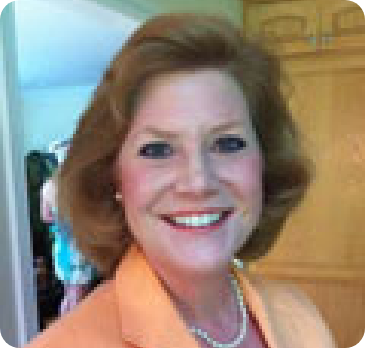 Andrea co-founded Stottler Henke in 1988 and managed projects and people to build the firm in size, revenue, and technical expertise. She led the seminal intelligent planning and scheduling work for NASA’s Kennedy Space Center. The Automated Manifest Planner encoded the expertise of experienced NASA engineers and was used at KSC to plan Space Shuttle processing and automatically set launch dates through the lifetime of the Shuttle program. This software became the basis for further intelligent planning and scheduling tools at other NASA sites and, eventually, the commercially available Aurora Intelligent Planning and Scheduling Tool. She has significant expertise in technical problem-solving, grant writing, and project and business management. She is focused on Stottler Henke’s business oversight and strategic management. Andrea has a BA degree in Computer Science from Boston University and a MS degree in Computer Science (Artificial Intelligence) from Stanford University. 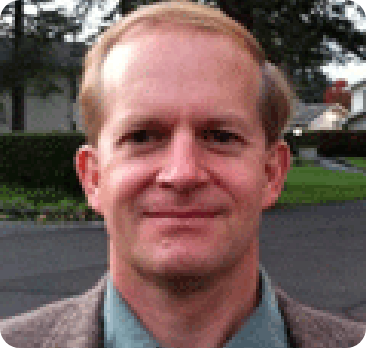 Dick co-founded Stottler Henke in 1988 as a software company dedicated to providing practical solutions to difficult problems by skillfully drawing upon a large repertoire of artificial intelligence technologies. Under Dick’s leadership, Stottler Henke has grown steadily and profitably into a 40-person research and software development company with distinctive expertise in intelligent tutoring systems, intelligent simulation, automated planning and scheduling, and intelligent knowledge management.

Dick has written or presented more than two dozen papers and articles for publications such as the proceedings of the International Joint Conference on Artificial Intelligence (IJCAI). He received his BS in engineering from Cornell University and his MS in computer science (artificial intelligence) from Stanford University. 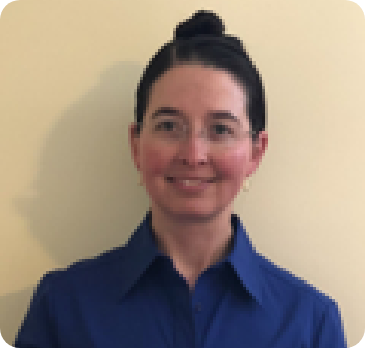 Since joining in 2001, she has worked on heuristic scheduling projects ranging from airplane assembly scheduling for Boeing, medical resident scheduling for Massachusetts General Hospital, and skilled auditor scheduling for a large mortgage auditing firm — among many others. Working with such a range of domains has given her insight into both key similarities across scheduling domains, and those details that make each implementation unique and interesting. Working with a variety of operational deployments has also given her insight into likely pitfalls when rolling out for a new domain, which allows each subsequent deployment to go more smoothly because common risks can be readily identified up front.

Annaka enjoys learning about new domains, and is passionate about developing software that addresses the unique needs of each client. Annaka graduated with a BS in Symbolic Systems with Honors with a concentration in Artificial Intelligence. Her honors thesis explored applying machine learning to a game playing scenario. 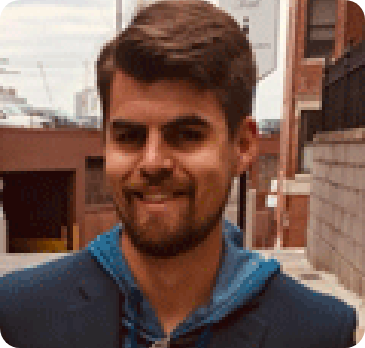 Bridge’s group is based in San Mateo and focuses on combining computer vision and machine learning to enhance image processing and image understanding across many different image sensor domains. He designed and implemented the DeltaSat prototype processing satellite imagery to provide automated global change detection to human analysts, and also led the development of the SIFTIC and NITRO systems which employ convolutional neural networks and transfer learning techniques to classify maritime targets from Infrared (IR) and Inverse Synthetic Aperture Radar (ISAR) imagery. Bridge was also in charge of developing the ISAR imagery featurization component of the Fusion project which fused IR and ISAR imagery for use in the Missile Defense domain. Before joining Stottler Henke, he worked alongside BMW creating algorithms to construct 3D models of race tracks using aerial imagery captured by consumer drones. Bridge received a BS degree majoring in Symbolic Systems with a concentration in Artificial Intelligence along with a secondary major in Computer Science from Stanford University. 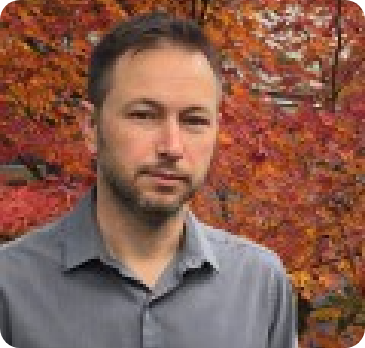 He has led efforts to develop an authoring tool for mobile training that enables users to convert existing training content into Android or iPhone apps that leverage motivational concepts from casual games. His group developed tools such as SimBionic®, which enables users to graphically model behavior for simulations, and SimVentive™, which empowers designers of serious games to create training simulations without learning a programming language. SimBionic received an Excellence in Learning award from Brandon-Hall for Innovative Technology. Jeremy’s group also recently enhanced software used in Air Operation Centers with an intelligent user interface that enables more efficient and effective use of resources.

Jeremy has authored a number of papers, appearing in diverse publications such as the proceedings of the International Joint Conference on Artificial Intelligence (IJCAI), International Conference on Intelligent User Interfaces (IUI), Artificial Intelligence and Interactive Digital Entertainment (AIIDE), Behavior Representation in Modeling and Simulation (BRIMS), and IEEE Aerospace Conference. In 2008, he co-chaired the AAAI Fall Symposium on Adaptive Agents in Cultural Contexts. He has also been involved in conference program committees, most recently for AIIDE and FLAIRS. Jeremy received his BS degree from Iowa State University, MS from the University of Pittsburgh, and PhD from the University of Oregon, all in computer science. 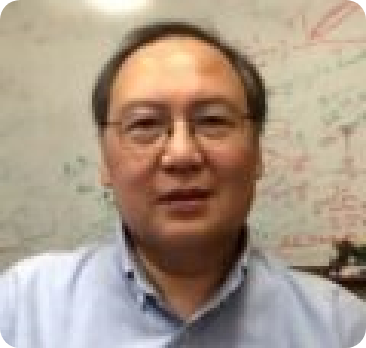 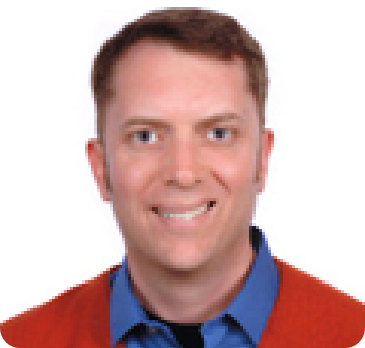 Based in the San Mateo office, Randy’s group develops practical applications for intelligent and adaptive training technology, automated communications analysis, behavior modeling, and probabilistic reasoning. Randy started with Stottler Henke in 1992, and has been the primary project manager on over 20 projects, ranging from shorter research studies to multi-year efforts resulting in delivered software. He participates in all aspects of each project, from building the initial team and assembling subcontractors, to defining requirements and knowledge engineering, to software design and implementation. Application areas include command and control of unmanned systems, modern asymmetric warfare and tactics, Marine Corps combined arms, small unit tactics, and satellite communications scheduling. Recent projects involve applying “serious games” to real-world learning objectives for military training. Non-military projects have included medical coaching systems and an expert advisor tool for architects and builders.

Randy previously worked at Xerox PARC where he constructed a natural language generator capability in an educational tool for teaching first order logic. He received a BS degree with honors in Symbolic Systems from Stanford University. 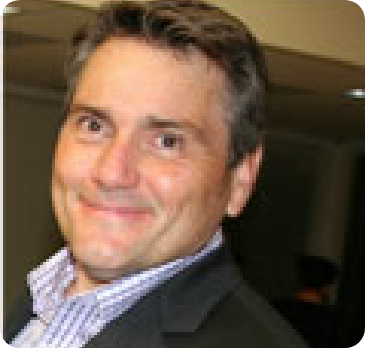 Rob Richards, Ph.D.’s responsibilities at Stottler Henke include Strategy and Business Development, including the ongoing commercialization of key Stottler Henke technologies. For example, Dr. Richards developed our relationship with Boeing, which resulted in Boeing’s purchase and widespread deployment of the Aurora intelligent project management and scheduling tool within its commercial and defense businesses. Dr. Richards leads the development of many other Aurora-related applications for customers such as: Pfizer for efficient pharmaceutical product production and packaging; General Dynamics Electric Boat for optimal scheduling of the construction of nuclear submarines for the United States Navy; and Honda R&D for the optimal configuration of test vehicles for crash safety testing. In the field of simulation and training, Dr. Richards leads continuous improvement and development of the OMIA desktop simulation, which provides practice-based training for the Navy’s Common Cockpit MH-60S and MH-60R helicopters. Dr. Richards transitioned this SBIR-funded technology to a successfully deployed system which improves crewmember proficiency, saving the U.S. Navy tens of millions of dollars in training costs. Dr. Richards has also licensed OMIA to the Royal Australian Navy (RAN). Dr. Richards’ numerous publications and speaking engagements have led to many new business relationships. Rob received his BS degree from California Polytechnic State University, San Luis Obispo, and an MS and Ph.D. from Stanford University, all in Mechanical Engineering. 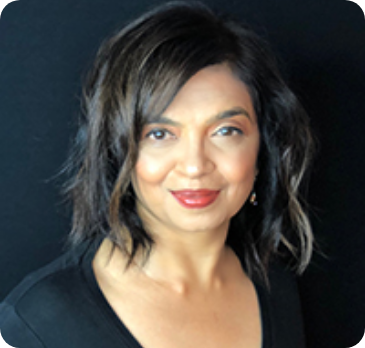 Passionate innovator and problem solver, Sowmya’s research focuses on the application of Artificial Intelligence (AI) and Machine Learning to improve human performance in broad range of domains such as intelligence analysis, tactical decision-making and troubleshooting of systems. This includes research on intelligent decision support and training systems. She brings over twenty years of experience in designing rich, interactive, personalized learning experiences for K-12 and professional training. In her primary role of leading R&D projects as a principal investigator, project manager, and lead designer, Sowmya has led the development technologies the provide personalized, adaptive learning experiences for training and education, and brings together research from machine learning, knowledge representation and reasoning, cognitive psychology and learning sciences. Sowmya holds a Ph.D. in Computer Science from The University of Texas at Austin. 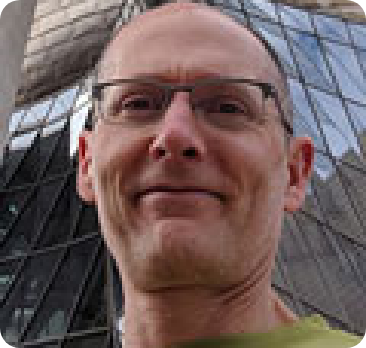 TJ leads Stottler Henke’s Seattle-based group, which carries out research and development in the areas of intelligent information access, knowledge management, decision aids, and computer security. He has provided technical leadership in the development of the Aware Web search tool as well as in the design of related tools that improve intelligence analysis, facilitate group decision making, and enable intra-enterprise information sharing. TJ is also leading an effort to develop a novel tool for tracking the provenance of text information.

Before joining Stottler Henke in 1995, TJ was a researcher at the University of Washington, where he contributed to the development of the Internet Softbot. This project was one of the premier software agent efforts and was ranked in the top five computer science research projects for 1995 by Discover Magazine. This agent was designed to interpret a user’s high-level goal, gather information from across the Internet (interacting with a large variety of different information servers), and present this information to the user in an easily digestible form.